One hundred years ago, on December 11, 1919, the SS Ethie got caught in a violent tempest off the west coast of Newfoundland. With the ship nearly out of coal and iced over, the decision was made to intentionally run the ship aground in an attempt to prevent it from being claimed by the storm and the savage sea. All 92 passengers were fortunately rescued and survived the ordeal, including a baby that was sent ashore via rope chair in a mail sack! News of the rescue spread far and wide, and the story was picked up by the Associated Press and was published in the Philadelphia Ledger. Somewhere along the way, as the story was retold and possibly embellished, the greatest hero of the rescue became a Newfoundland dog. The Hero Dog was said to have swum from the breached ship to land with a rope in its mouth, in order to bring the rope to observers on shore so that the passengers could be rescued. While the veracity of these stories will likely never be fully known, remnants of the wreck can still be seen strewn about the rocky and beautiful coast at Martin’s Point, and make for a very interesting spot to stop and explore while traveling the west coast of Newfoundland. 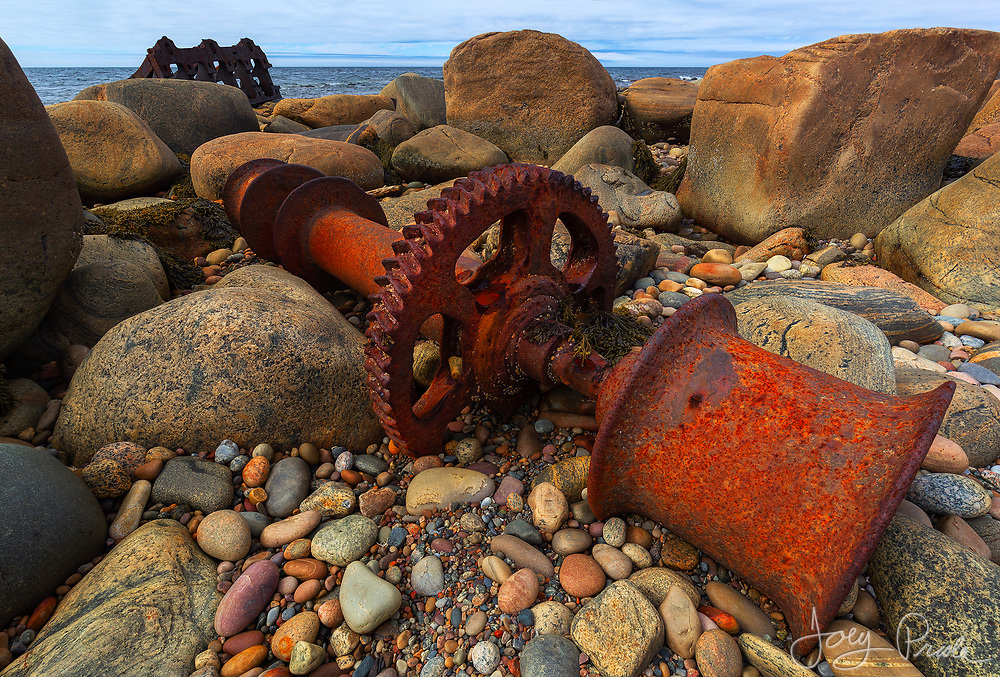