As a teenager obsessed with running track and cross country, Steve Prefontaine was my idol. Hailing from the sleepy lumber town of Coos Bay, Oregon, “Pre” turned the running world on its head with his bravado and quotes like ” to give anything less than your best is to sacrifice the gift” until he met his untimely end in 1975 at the age of 24. While it’s been years since I ran my last race, my admiration for Pre lives on. It thus seems fitting that during my post-grad school road trip I was lifted out of the deepest loneliness of my journey while in Coos Bay.
Far from home and feeling lonelier than I ever thought possible, I aimlessly drove the backroads of Central Oregon until I found myself at the coast. After spending a restless night at a deserted campground in Newport, I awoke the next morning to find myself covered in poison oak. Barely able to open my eyes, I headed to the nearest urgent care, which happened to be just up the road in Coos Bay. After getting some meds and pondering my next move, not wanting to return to the suffocating loneliness that was waiting for me back at my campsite, I happened to see a flyer advertising the Prefontaine Memorial Gallery, an exhibit devoted to Steve Prefontaine. I immediately drove over and headed up to the gallery, and was in awe at what I found. The room was filled with countless trophies and medals that Pre had won, and even had some spikes that he had raced in. I spent most of the afternoon poring over each medal, marveling at how this man had made the most of his all too brief life. By the time I was done in the gallery, I had a renewed vigor and zest for life, and drove back to my campsite eager to explore the very dunes that Pre himself used to train on. Because to give anything less than your best is to sacrifice the gift, and this trip, I realized, was a gift that I just couldn’t sacrifice. 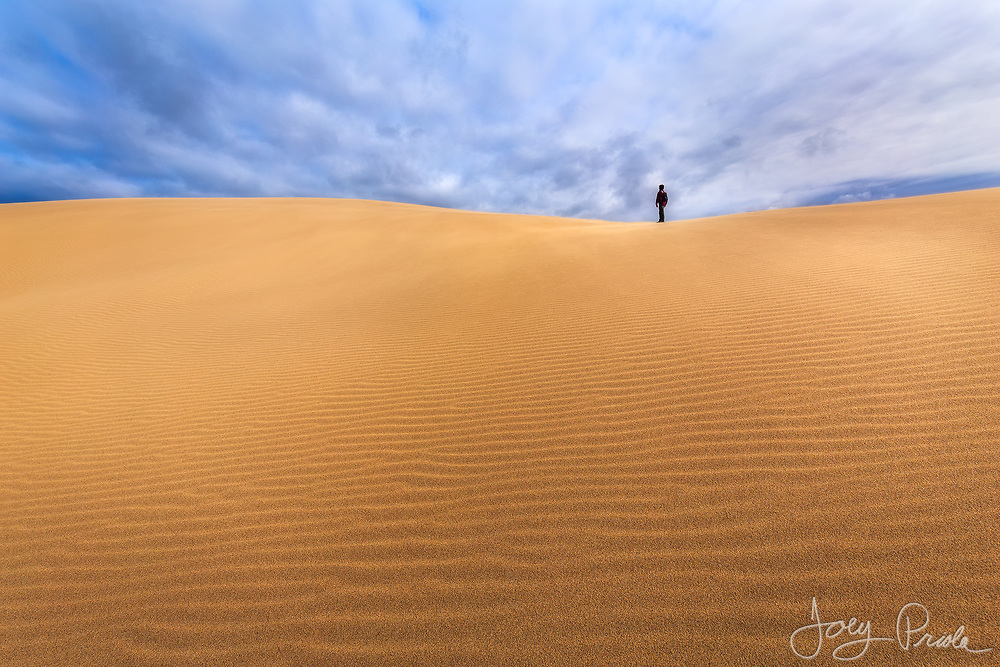